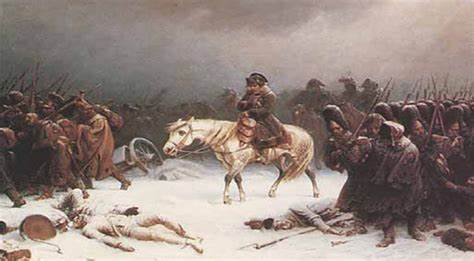 Is there some paralles we could drew between Hitlerian and Bonapartist Empires ? Didn’t Hitler called its Rule and Territory the Third Reich ?

The third Reich could be curiously saw as the one which succeded the two first Reichs, by Napoloeon the First and his nephew Napoleon the Third.

The domination and vassalization of the territories under their control, and the brutality of the conquests that allowed them, are specific signs of the Reich processes and system.

We do not own any view on it, we juste analyze and judge, without moral bias, but only with sense of logic, understanding and efficiency, while we can personnaly condemn the manner or the goal of such enterprises.
Thus, the words empires, apartheid or reich are not used in pejorative or meliorative ways, but just with didactic and explanatory intents.

But as we precized earlier, of course the Holocaust is a huge difference betwenn Nazi and Bonapartist regime, as if the Bonapartist regime was in a way dictatorial and bloody towards its conquests and conquerred, it displaid a great sympathy towards Jewish communities, as it freed them for example from their ghettos in German countries.
I could personnally say that Napoleon was one of the few if not the lone Euro-sovereign who emancipated the euro-Jewish communities from their traditionnal segregated settlements.

So in a way, we can say that Hitler is a mirror, but a reversed mirror of Napoleon.

Or, better, we can say that Hitler while looking at the mirror saw Napoleon ; it is why all of what he done was done as the French Emperor was used to, but reversed, as the mirrors do.

The process was the same, the actions too as the goals, but not the deep motivations and targets.

Our thesis is clear :Hitler was the successor of Napoleon Bonaparte.

It is why even when he invaded France, he took time to go to the tomb of the Emperor. . . his nightmare and dream, his disgust and secret model.

Hitler and Napoleon are made in the same material of (Pan)Franconian leaders ; when I say Franconia, I mean the original territory that includes major parts of modern France and Germany. Since the dissolution of the Old Karl Magnus Franconian Empire, the Frengerman siamese body had been cut in two parts, but remain linked by this pulsion of gathering.

Gather France and Germany together is difficult as they are since Karl Magnus two really distinct people, that not share same langage, culture, values and even historic or ethnic datas.

While French people will say they came from Gauls, they in reality have been, as Gauls, politically and at least culturally dissolved in the Roman Empire, and the late Franks invasion linked them more to what they are today, a nation originating from the Frengerman Europe.

As between brothers, in this case twins, there is understanding and support, but also difference, and sometimes separation. While in peace for several centuries, the real difference between Francia and Germania was the way they created their respective national histories.