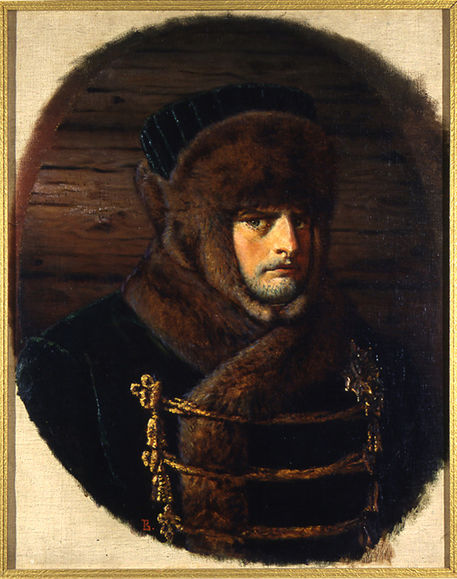 Moulding France and Germany together is difficult because they are, since Karl Magnus, two very distinct peoples, who do not share the same language, culture, values and even historical and ethnic data.

While the French will say that they come from the Gauls, they were in reality, like the Gauls, dissolved in the Roman Empire, and the late Frankish invasion linked them more to what they are today, a nation originating from Frengerman Europe.

As between brothers, in this case twins, there is understanding and support, but also difference, unconscious competition, and sometimes separation. Although at peace for many centuries, the real difference between Francia and Germania is the way they have created their respective national histories. Francia is in a unitary way of governing, in a war against the local lords, in some ways this makes Francia closer to Britania, where the English ruler deals with barons, counts and dukes.

In Germania, it was the reign of all the princes, but governed by one, chosen by them and representing them.
In Francia (and Britania), it was rather the power by intrigues and diplomacy, in Germania it was the power by elections and consensus.

A model of government based on intrigue and diplomacy is more useful for international conquest, which is what allowed Francia and Britania, but also Iberia, to be the first European explorers and the first colonial powers. This is also explained by geography, since Francia, Brittany and Iberia appear as the western limits of the Eurasian continent or Europe as a whole, while Germania is in the center between the western periphery of Europe (Francia, Britania and Iberia) and the northern periphery of Europe (Scandinavia, Baltic), between the southern European periphery (Mediterranean, including Iberia and Italia) and the European interior, including the German Interland and Hungary, Bohemia, Poland, but also the eastern European periphery (Lithuania, Ukraine, Romania).

The interior of Europe is moreover close to the direct and uncertain presence of the Euro-Eurasian campaign, with the proximity of Russia and the Balkans. As Russia and the Balkans are the doors of Europe towards the interior of Europe-Eurasia, it will be by there that the Euro-Eurasian conquerors will enter Europe, for example the Nomadic Empires, including the Ottoman proto-empire.

Thus, we see that being contiguous can lead to direct clashes, but that a geographical separation (here the separation of France and Portugal by Spain) can avoid such conflicts, even if the two geo-separated countries in question are part of the same direct geographical sphere.
It was not necessary for the countries in the same direct geo-sphere to fight each other, but we are now talking about the western periphery of Europe, and we said that this European periphery was more receptive to intrigue and diplomacy, which means that war can occur and diplomacy can solve problems, but we also said that intrigue and diplomacy as a style of government of this European sphere tends to give its leaders and owners of interests habits of conquest or expansion, which is why their goal of dominating their direct geographical sphere has been achieved to their greatest extent with habits of inter-European or extra-European conquest and territorial expansion.