US K1FO NEWS : HOW TO EARN BY SURPLUS ? WHERE IS THE NEW NEW FRONTIER ? 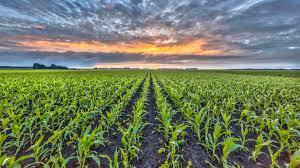 US K1FO NEWS : HOW TO EARN BY SURPLUS ? WHERE IS THE NEW NEW FRONTIER ?

A deal is all but sealed with Japan.

President Donald TrumpOpens a New Window. confirming, « it’s a very big transaction and we’ve agreed in principle, » while speaking beside Prime Minister Shinzo Abe in France after a meeting at the G-7 summitOpens a New Window..

Trump said the prime minister agreed to purchase some of U.S. farmers’ corn, blaming ChinaOpens a New Window. for the excess product on farmers’ hands.

Big Trade Deal just agreed to with Prime Minister Abe of Japan. Will be great for our Farmers, Ranchers and more. Really big Corn purchase!70.8K6:38 PM – Aug 25, 2019Twitter Ads info and privacy23K people are talking about this

He expects the billion-dollar deal to be sealed by the time the U.N. General Assembly meets in mid-September.

« We have excess corn in various parts of our country with our farmers because China did not do what they said they were going to do. And Prime Minister @AbeShinzo, on behalf of Japan, they’re going to be buying all of that corn. » — President @realDonaldTrump

Abe called the deal a “win-win,” describing the talks through a translator as a « series of intensive negotiations. »

« We still have some remaining work that has to be done at the working level, to finalize the wording and content in the deal, » he explained.

The Japanese prime minister noted their country was experiencing an insect problem on certain agricultural products, and that the private sector would be purchasing U.S. corn products to offset the issue. He said an emergency may need to be declared to accelerate the buyOpens a New Window..

.@USTradeRep Lighthizer on today’s trade announcement: « It has 3 parts—agriculture, industrial tariffs, and digital trade . . . This will open up markets to over 7 BILLION dollars of those products. »

“From our point of view it is extremely important for our farmers and ranchers and those who work in the digital space,” he said, noting Japan is “our third largest advocate to market.” Already the island imports $14 billion in agricultural products, and Lighthizer said the agreement would open up $7 billion more.

Within agriculture, the USTR official said it will be huge for the beef, pork, wheat, dairy products, wine, ethanol “and a variety of other products.”

The U.S. sells more than $2 billion in beef to Japan, and Lighthizer said a reduction in tariffs will “allow us to do so with lower tariffs and to compete more effectively with people” in Trans-Pacific Partnership (TPP) countries and Europe.

Exact details on the deal would be revealed later, per the USTR.

Fox Business anchor Maria Bartiromo explained on Fox & Friends Sunday morning the significance of the agreement related to the trade warOpens a New Window. against China.

“The underlying real positive here really, in my view, is the fact that the president is gaining allies when it comes to the fight against China.”

“This is really important because China has massive ambitions to take over the United States as the largest superpower militarily as well as economicallyOpens a New Window.,” Bartiromo said on Fox & Friends.

“China has been a bully when it comes to the South China Sea,” Bartiromo noted, “and everybody’s worried about ChinaOpens a New Window..”

She noted a win in the agreement for the U.S. also includes a hold on the auto tariffs currently placed on Japan.