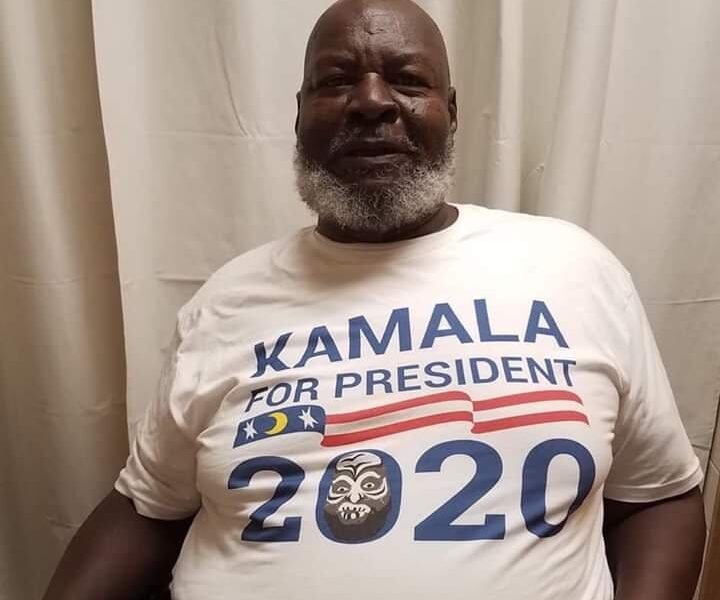 This article is dedicated to His Memory.

Fellow Americans, the world is knowing troubled times, the countries and their metropolises, the countrysides and their inhabitants are struggling for the greatest freedom they could ever have : their choice.

While several parts of the planet are taken away from freedom and choice, specially in the field of economic and political governance, the United States are facing one of their crucial moments : Their Presidential Election.

Traditionnally, the United States presidential election is a hapax legomenon which last from a longtime until the inauguration of the President.

But we can honestly say that, nevertheless the feud between the US Commander-in-Chief Donald Trump and his opponent Mr Joe Biden is nothing personnal, the intensification of the debate on the policy questions is clear.

For DONALD TRUMP supporters, the business tycoon is a breath of choice for America. America can now choose, after America’s exposition to « global issues and world affairs » that seemed, in the eyes of some US citizens, imposed to their country by various externational forces and interests.

For JOE BIDEN partisans, the longtime politician is the garantee of the USA return to a normal and sane order, where the home and international tensions will, if they are not resolved, will be discused to led to fair and right consensus, not to put the country and the world in danger.

President DONALD TRUMP himself is more unconventionnal than we thing. Observers and Critics considered him like a crazy, dangerous person, and awful human being who promotes hate and conflict, plus threat the status of America in the world.

During the four years of the President DONALD TRUMP term (2016-2020), your geoagency US K1FO NEWS, analysed the actions and progression of the Trump Administration, and the effects of the president of the United States of America decisions.

By the treating of our information, your strategic news hub can state the fellow points :

The President Donald TRUMP is more unconventionnal than presented because while maintaining his difference, he extended them to fields than were not expected to be treated by his politics the way he made it.

Let consider the imagey developped around Trump, and the reality constatated by US K1FO NEWS during these last four years on these questions :

-Of course, the character Donald Trump is uncommon, and to some extent seemed unreal during the 2016 US presidential campaign. For those who had’nt following his first presidential course to the White House, we think it’s vaguely useful to evocate his theatratic, sarcastic and energic behaviour, and his declarations which are triggerd the debate.

Among the controversial declarations by the candidate Trump, the engagement to build a wall along the USA-Mexico border (to prevent the invasion of the US territories by a designated category a Mexican people, who according to the then Republican Party candidate , are not the « best » among Mexican, and bring « crime, drugs …etc »), the engagement to make his best to put in jail his then opponent the Democrat Party candidate Hillary Clinton, this based on the accusations against Mrs Clinton to had use her personail mail adress in her duties as Secretary of State in the Obama Administration (2008-2016).

When he enter in the Oval Office, the new President Trump, Donald J. Trump directly imposed his views and his government style.

They thing he was crazy. He prooves he was dangerous, by leading a war of words throught the social networks and the medias, particularly on Twitter, against his North Korean counterpart, the Supreme Leader of North Korea.

And then he prooves that he was not crazy and dangerous, simultaneously I precise. How ? By created a force exchange so intense that the whole world starting to fear for the global current peace order. As the Leader of the so-called first world power was participating in a stare-war between equals between him and Kim-Jong-Un, he was putting, in the field of crazyness and dangerosity (the two combined forming terror) a new member, the North Korea head of state.

In a world derivated from the Cold War (USA and democratic world against USSR and communist world), where Washington and Moscow are still master of their geographical sphere of influence, the word « international community » means the voices of the current collective power which run or intent to run the global affairs.

The below cited global affairs are a field that as global need to be regulated by a global governance. This global governance expresses its views through its representatives, the global powers, which reunited through a single global voice become the famous « international community ».

A territory can not be completely autarcic; for the benefits of its inhabitants, according the « Territorial Nationality Principles » enounced by your humble servant.

If the territory don’t participate to the develoment of the nation by not participating to its own development, it means the territory is unproductive or uncontributive or impeached by troubles of any nature.

A nation which participate to its own development by the development of its territories which reunited form the national territory, is a territory-nation.

A nation which participate to its own development but not to the development of its territories which reunited form the national territory, is a unterritory-Nation

Is benefical for a nation to participate to the development of other nations ?

Is benfical for a nation to be developped by other nations ?

Is the development of a nation only product by the nation itself ?

Can the development of a nation only be producted by the nation itself ?

Is the development of nation partially or totally producted by other nations ?

Can the development of nation be partially or totally producted by other nations ?

Nevertheless are the answer to these questions we will develop further, the President Trump, by making a shift from the international community on global affairs established an « isolationnist » or « separatist » Nation in the concert of nations.

When geostrategists know that all countries defines their politics in regard of the international community, and protect their interests by merging them onto the international sphere, a Nation that exclude their interst from his own interests, as he don’t merge itself in the community of nations, can be a risk for these nations.

When the « independent nation » from the international community is powerful, one of the most powerful if not the most, the United States of America, the other countries, and those beneficiating of their interests, can see their interests damaged if these interests are divergent or antagonist with America superior interests.

What is the main interest of the United States ? To developp and protect its own interests and prevent its enemies to act against them; the main way to prevent from its enemies is to anihilate their will and power to act, ans so their potential hostile action itself, even in the womb.

The question of the hostility of the action by a considered or declared enemy is important, and we can say that outside the nation, all others nations could ultimately be considered as potential enemy and be treated this way.

How can the United States of America crucial interest be more protected than when the United Sates of Amercia appeared capable of destroying others states, « people and assets ».

The United States of America became in the twentieth century a positioned nation as by its policy, it forced other nations to give it credit, by free or imposed consent.

But by its geopolitic self-imposed isolationism, « jingoism », the United States appeared to refused this credit, as it only accept its own strategic position but refused to assume it to the others and outside its « sphere of influence », predominantly in the Americas and the Pacific Ocean.

By the Second World War, and the intervention of the United States of America in the conflict that lead, among other events, to the End of the war, the United States « re-positionned » itself in the world affairs as face to the fall of the European powers on the European continent, and the threat created by another surviving power, the USSR, the US political leaders saw the interests of the Europe they wanted, as they could if they would, to protect from the Soviet influence (should we call this part of Europe Western Europe, or « Non-predominantly slavic-romanic-balkanic-turkic parts of the « European ensemble »).

By the end of the WWII, the USA were facing another nation of influence, which in its large history made of, made by empires, kingdoms, principalities, tribes and confederations have included all these slavic, romanic, balkanic and turkic world, directly or indirectly, or have been included in same geopower ensemble than these socio-ethno-cultural components, to the points that the Soviet world and all its represented at the time of the WWII end, and has represented in the past through several different forms and will represent after 1945 and even 2020 can be influenced and linked to these slavic, romanic, balkanic and turkic elements, as these elements can be influenced by what was the Soviet Union before, during and after its own existence.

The proof of this instance is the influence which will be exerced by the two lead powers of the immediate post-WWII, the USA and USSR, on the territory of the power that leaded this war, Germany.

If this was not the case, would we deny it appears this way to the point that we can establish that its was the USSR intention to apperar like a total power, not only a strong power against its enemy or to the outside of its sphere influence, but also and we can say primarly astrong power to its own sphere of influence, its own allies and territory.

Who had analyzed USSR can’t deny the Soviet Iron Hand, and should ask if this Hand was more pregnant to the outside or the inside of the Soviet Union … and the Communist world.

The Communist world … Here is the problem !

Considering that the Communism is the essence of the Soviet Union, the threat posed by the other prevaling world power after the WWII was double, or is double for those considering that the USSR is not dead but reformed itself with a geoexecutive decentralization by the form of its dissolution.