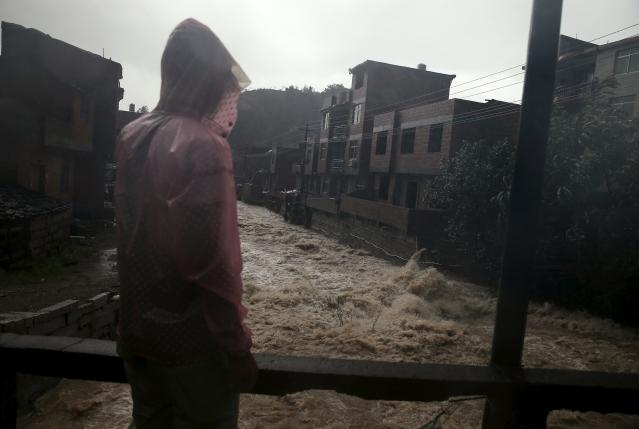 Typhoon Soudelor killed six people in Taiwan earlier on the weekend then moved across the Taiwan Strait and slammed into the mainland’s Fujian province late on Saturday.

It churned towards the neighboring provinces of Zhejiang and Jiangxi on Sunday, the Xinhua state news agency said. The Tropical Storm Risk website downgraded Soudelor to a tropical storm as it moved inland.

More than 163,000 people were evacuated from their homes in Fujian and more than two million households suffered power outages, Xinhua said. More than 530 flights were canceled and 190 high-speed trains were suspended.

In Taiwan, the rain and wind eased on Sunday although the Central Weather Bureau warned that conditions remained unstable as crews began clearing fallen trees, mud flows and other debris from blocked roads.

Typhoons are common at this time of year in the South China Sea and Pacific, picking up strength from warm waters but losing it over land.

(Reporting by Koh Gui Qing in BEIJING and J.R. Wu in TAIPEI; Editing by Robert Birsel)