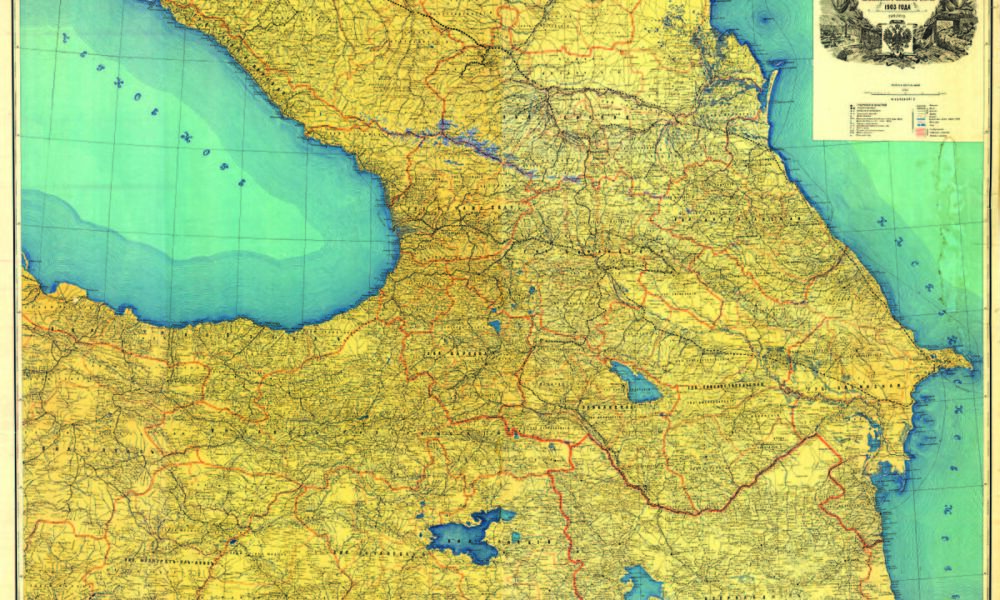 Conflict in the Nagorno-Karabakh area, Borders conflicts betweeen Georgia and Russia, Unrecognized or semi-official states, multiple ethnic groups, war in Iraq, war in Syria … among others are the issues in the Great Caucasus area. These issues affects the geographical zone, and all the countries which borders them. Off course, the Great Caucasus held a strategic imortance that can not be ignored by its members, this imply a real mutual Great Caucasus peace and prosperity policy.

What is the Great Caucausus ?

The Great Caucasus is a geographical area that surrounds the Caucasus Mountain.

The countries includes in the Great Caucasus are :

The Great Caucasus could be nicknames the « Six Seas », as it embraces the Sea of Azov, the Black Sea, the Mediteranean Sea, the Caspian Sea, the Aral Sea and the Red Sea.

The Great Caucasus is a circle that includes people with common history linked to the Caucasus, and the nations that have make its history.

The History of the Caucasus :

We will not describe the evolutions of this area, from Anatolian, Irano-Persian, Armenian, Turkic, Mongol, Russian, Nomayad, Ibero-Caucasian, and Greco-Roman, Arab, Turkish, Sumerian, Assyrian and Babylonian (each of the last three peoples are noted as Mesopotamian civilisations), among others.

What we can say is that the GREAT CAUCASUS is the crossroad of Asia and Europa, and linked several influential locations through eras.

The Great Caucasus was a fundamental checkpoint for great empires, causing the direct interactions between Persian, Russian and Turkish imperial empires.

Accordingly to the late Zbigniew Brzezinski, former US National Security Council Advisor, the key of power for the United States of America or another power was Eurasia.

Our purpose is not to deny this fact, we could do better by precise this assertion.

Eurasia is not a precise concept; some see Eurasia as the addition of Europe and Asia (with Arabia included or not), and some as the intermediate place between Europe and Far Eastern Asia.

Even if Eurasia was Europe and Asia, or just the Central Asian steppes, no one can deny than the majority of that space is controlled by Russia, China, and countries linked to them by geo-proximity or common history.

As a prominent US foreign policy designer, Brzezniski focused the US officials attention on this intermediate place, to break the Soviet assurance in its own geo-zone.

From the Brzezinski Eurasian doctrine came the US assistance to the Mujahideen fighters in Afghanistan, a then direct neighboor country of USSR. This US assistance lead to the Soviet-Afghan War, the « Afghan Trap » set by USA to USSR.

According Brzezinski himself :  » We (the US) did not push the Russians to intervene, but we deliberately increased the likelihood that they would. «

The withdraw of a pro-communist afghan regime by djihadist fighters certainly opposed to the soviet secularism was a way to destabilisate USSR, which at this time nearly entirely controlled Eurasia as it contained present states as Armenia, Azerbaijan, Russia, the western Turkestan socialist states … for a total area of 8, 649 500 sq mi.

The Soviet Hegemony on Eurasia was a legacy from the USSR predessor, the Russian Empire which led a progressive conquest of Eurasia, after the Tsars conquest of Siberia.

Your servant don’t know if US geostrategists who succeeded Brzezinski were aware of the Russian conquest of Turkestan when they launched a policy of US implementation in Central Asia in the second half of the 20th century and the beginning of the 21th century, by the War on Terror, but they couldn’t not be aware of the Russian conquest of Caucasus and the geo-human troubles that occures by this away.

The Chechnya War was the last symptom of this long share history between Great Caucasus States.

Concerning the control of the Helasia, and by this way of Eurasia, the Great Caucasus is nothing more than crucial for local and international powers.

Our thesis is simple : All conflicts that occured since the end of the Second World War in Eurasia is linked to at least one State of the Caucasworld or concerned neighbors, geo-allies, geo-opponents of at least one Caucasworld State.

Let examine our assumption by detailing wars that take place in Eurasia and how they were linked to at least one State of the Great Caucasus or concerned the designated single or numerous states current or former neighbors, current or former allies.

As the Cold War intensified, we can see that the main Caucasworld State directly or indirectly involved in conflicts was the USSR, and the main involved states from the extented Caucasworld are Middle-East Countries.

This means one thing : the geostrategic policy is the same in the Caucasworld or the Middle-East, as the two geo-zones belongs fully for the first and partially for the latter, to the Extended Caucasworld.

The different wars in this area are attempts to establish local or extralocal powers in the zone, in conflicts between factions of this area.

The intent of the establishment of local and extralocal powers in this zone are interests, security and control.

With conflicts in the Caucasworld and extended Caucasworld, which will lead to common instability, the first solution is to create a GREAT CAUCASUS ORGANIZATION.

This organization will reunites countries from the Caucasworld (Armenia, Azerbaijan, Georgia, Iran, Iraq, Kazakhstan, Russia, Syria, Turkey, Turkmenistan, Ukrain, Uzbekistan) as full members according to their wishes, and associated countries excluded from the extended Caucasworld as associates members.

A CAUCASWORLD ORGANIZATION, proposed by the News agency K1FO, will be one the sole places, if not the sole, where Iranian, Saudi, Israeli, Russian, Syrian, Georgian, Turkish, Armenian, Iraqi and Azeri leaders, among others, could push the reasons of negociation and peace before the process of war exposed in this paper.

Such a Caucasworlder should be based on a Golden Rhombus in the WESTERN ASIA region, reuniting Moscow, Ankara, Riyadh and Tehran.