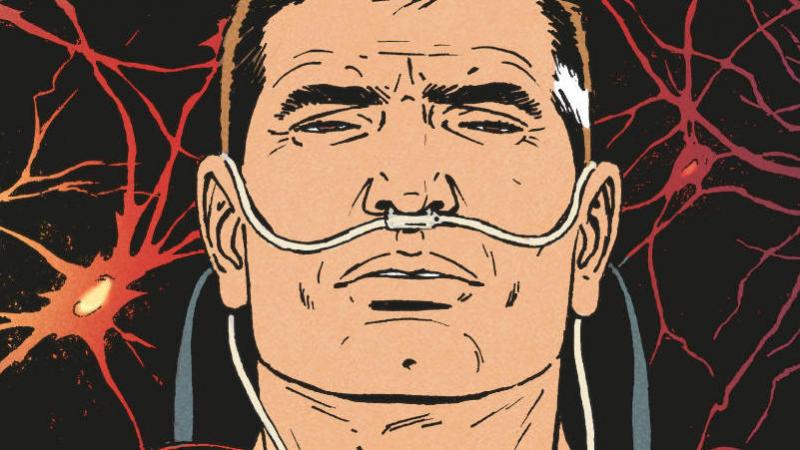 The Invasion of the Capitol (2021-06-01), which is not only a symbol but the place of our federal democracy, asks some fundamental questions ?

The Trump/Biden crisis is it a People versus System conflict ? Or is it an Alt-Right versus Deep State confrontation ?

When Donald Trump is presented as an outsider, commentaries presents his wealth, fame and professional success as antinomic with such a assumption.

Considering the economic crisis that speared our national economy for years if not decades, considering our long-standing involvements in the world affairs, and the disaster of the coronavirus pandemia, our situation is doomed.

Was it doomed before Donald Trump election ?

Will it still doomed after Joe Biden inauguration ?

Will Joe Biden be inaugurate as President ? Has been Donald Trump elected ?

So trust become what situation and balance of power ordered it to be.

Now it seems that the balance of power in our cuntry is divided between the establishment, including high-ranking offical, businessemen, thinkers and of course the mainstream medias, and another establishment, with the support of people who think they are fooled by a system that presented them at best as scarecrow, at worst as fairground beast.

Today, when you look the balance of power in the United States, it seems like there is a fight between the Beauty and the Beast.

No needs to tell who’s who in a Who’s Who battle.

And the destiny of America, and maybe those of the world, is at the ring center.

That’s why several state-leaders of other countries condemned the riot, and accused the President in office as the responsable.

So now the world intervene in our national affairs.

But what allow America to intervene in global affairs is its economic power, its military force and its democracy.

How could we justify War by democracy and respect if these principles aren’t respect at Home ?

How USA and our allies from the late « Free world » could fight totalitarism in some contries, if we can for some reasons impose a nearly global sanitary totalitarianism ?

Trump and Biden, and their supporters, should respect each others, but more than that, respect the democracy.

Because some rules are implacable, as this one : people are punished by their own sins.

To illustrate my speech, I will consider a little one example and its little one consequence :

Do we remember this day of 2020, 2 april, when the Speaker of the House of Representants, Mrs Nacy Pelosi, tore up a copy of the President Donald Trump’s speech at the Congress ?

It was a sign. A sign of disrespect not for the person (only), but for the symbol and the fonction itself. It was an signal. The signal that anything was possible, this based only on political and personal opinions, this including in the sacred sphere of the organization of democracy.

What happened when Trump supporters invaded the Capitol ?

One of them took the place of the Vice-President in the Congress, and such an act has been labelled as a profanation.

Another » intruser » (which citizen is intruser in the House which represent him ?) sat on the desk of Mrs Nancy Pelosi, in a ironic way.

Because all of this is dramatic and ironic at the same time.

Only the way the demonstrators introduced into the Capitol is innapropriate.
But anything they said, or how they presented themselves, how they behaved, is just on their social and legal responsability. Nevertheless, I’m afraid that it is not only a mirror of Donald Trump vision of politics, but also a mirror of the way America democracy introduce itself nowaday, to the world and its own people.

Regarding Pelosi profanation of a presidential speech, and the profanation of the temple where this first, inaugural profanation took place, it’s nothing more than if this following rule applied to the Democracy in the US :

To be punished by where one has sinned.

Where the democracy is punished by the people, it is nothing than a bad sign, particularly out of regular elections.

Anyway, our democracy is in a bad situation, and our country position couldn’t be worse … in regard of any sides you are.

And that is the purpose of a civil war.

The Civil War that knock at the door, in a way too gentle manneer could only be stopped by a peace of the braves, a gentlemen’s agreement !

For Respect, Peace and Democracy, not only in USA but everywhere it is threatened and destroyed by powers, as in Ivory Coast today.

Without Peace in the world, in couldn’t Peace at Home.

And without Peace at Home, it couldn’t be Home anymore.

And without Peace in the world, how could the world survive ?

Is our megadeath-scale virus as a response to the barbary and chaos virus, spread in Middle-East, Ivory Coast and elsewhere.

So the question is asked : Is it the Ivory Coast/United States post-democrat states the symbols of the death of democraties, and the end of States ?

Will in this instance United States and Ivory Coast be disintegrated, by the poison of force that they saw as the cure ?

Is it United States policy towards Alassane Ouattara regime and towards American people the cyanide that is killing US and Ivorian Democracies ?

Those who don’t make the link between geopolitic situations of states should see how former US President George W. Bush perceive the USA of 2021. Reacting to the described events on this article, he compare the United States of America to a banana republic.

And this is exactly what is happening in Ivory Coast after the mlitary intervention that put Alassane OUATTARA in office as President of Côte d’Ivoire. Ivory Coast is now a bloody banana republic, since 2010-2011.

While they were bloody diamonds in countries like Sierra Leone, a neighbor of Ivory Coast, in Ivory Coast, a country that export by people slavery and forced labour products as cocoa, coffee, bananas, we should talk about « BLOOD BANANAS ».

On Ivory Coast economy and executive power, there is blood; the blood of the Ivorian People, and the blood of Universal Democracy.

And this is this blood and injustice that drow today the United States economy and executive powers, as well those of its allies, in France with the yellow vests and in Europe with the virus and the Brexit.

Some could be surprised by the links we established between USA and Ivory Coast, but we,as journalists and thinkers, need to inform ourselves, think by ourselves and inform you, to help you form your own judgement.If the US were protectionnist and isolationnist as Trump wanted it to be, then no one could imagine any global consequences on the American soil.But the US-Command established since decades a interventionnist America that drives all the world consequences of their acts in America.Remember : we are punished by where we have sinned.

As President in service refused first to recognize the 2020 US presidentiel elections, the proclamed President elect Joe Biden threatened to use force to expulse Trump from the White House. Such a scene would be a repetition of the Civil War in Ivory Coast, where the President in service Laurent Gbagbo didn’t recognize a victory at the Ivory Coast presidential elections by Alassane Ouattara. The result was that Alassane Ouattara was introduced by force in the Ivorian Presidential office, thanks to a military intervention led by a France/USA coalition (2010/2011).

TRUE OR FALSE, RIGHT OR WRONG. All this only matters when we know that it highly possible to a system to be punished by where one has sinned.

Fellow American, Fellow humans, are you ready for the Post American World ?

Don’t worry; YES, WE CAN fix the problems !

To prevent from death by Democracyanide, we should not only put « countries and political interests but the considerations of good and evil, the preference of peace towards war, justice beyond injustice, at the forefront of our lives and strategy ».

By cutting ties with dictatorship regimes as the OUATTARA regime in Ivory Coast and impose them unilateral and international sanctions,