TANZANIA : THE ‘BULLDOZER’ GOES OFF THE ROAD 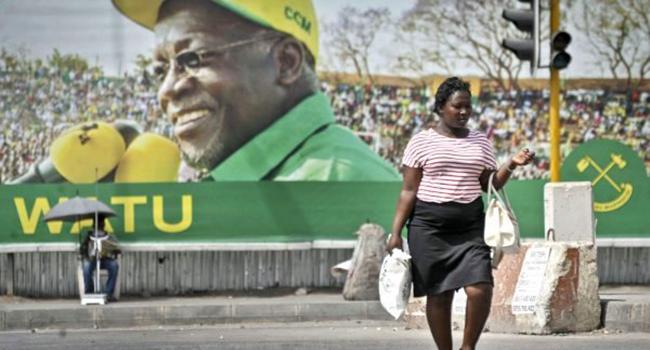 TANZANIA : THE ‘BULLDOZER’ GOES OFF THE ROAD

In Tanzania, as in East Africa and many other locations in the world, the Coronavirus is so present in the news and in lives that it got it little nickname : Corona.

It’s short, it’s evocative, it’s simple. Not to be confounded with the Mexican Beer. The problem with the corona-virus is that when it come, it is without any moderation. So you have to establish limits, even if boundaries no longer exists.

So against this pandemic, we got precautions as restrictive limitations or health protections (face masks, vaccines, hydro-alcoolic gel), but also reflexions. Yes, reflexions on what are the causes of the epidemic. As the answers are difficult to find, the solutions are more difficult to search. Among the reflexions on the epidemic there is one which is not the less impressive : it is the negation of the pandemic; in other words, some people, and they are more numerous than you may think, who strongly believe that the Covid-19 doesn’t exist.

In the same time, these corona-skeptic, or coro-skeptic, can argumentated that the virus is man-created, or of other forms than the bacteriologic one, and spred for malevolent purposes. In fact, the conspirationnists say ‘the virus doesn’t exist/they want to kill us with it’.

It can reminds the neo-nazis who say ‘the Holocaust is a fiction/the Jewish people deserve what occured. This is pure non-sense but it’s true : an angry neo-nazi at the pinacle of antisemitism will or deny the Holocaust, or say that the Holocaust was not totally completed.

And we will not transcribe here all the theories surrounding one of the most important crises in modern history. Mr. John Magufuli, a respectable Tanzanian citizen, is considered to be a corona-skeptic. If this is true, it is his choice and strict use of his freedom of thought. The interesting tidbit about this is that Mr. MAGUFULI is the President of his country, TANZANIA.

Unfortunately, Tanzanians, and others for that matter, will soon be talking about John Magufuli, aka the « Bulldozer », with past tense verbs, because sadly, the head of state of Tanzania died recently at the age of 61, following a heart attack, after years of heart problems.

But other skeptics have already pointed out that the deceased president could have died from the coronavirus, which has become a national issue, because Magufuli, as chief executive, was responsible for the Tanzanian government’s policy regarding the virus and its progression… Well, it is very difficult to fight a disease when the commander-in-chief of the country says it does not exist, right?

Moreover, as Tanzania, like any sovereign country and regional governmental organization, is a piece of the global puzzle of states, it was a disgrace for the international community and its institutions to fight the virus when some heads of state declared that « it was all a fantasy » and acted as if the pandemic was a bad joke.

After the US President Donald TRUMP and the British Prime Minister declared that the Covid pandemic was not too serious, a part of the population quickly criticized them, another part caricatured the crisis as a pure fraud, a swindle and a global staging.

President Donald Trump, who doubted some of the health care system’s recommendations during his re-election campaign for the White House lost the election and left the office with some worries. In addition, Trump, who adamantly denied the existence of the virus, contracted it.

And it is also the same for the corona-skeptic Brazilian President Jair BOLSONARO !

Is it the same for the Tanzanian President John MAGUFULI?

Joka aside, with all of this, would the best way for a high-ranking official to guard against the virus almost be to believe in its existence and act accordingly?

It’s horrible to say, but the fact that more conventional heads of state like French President Emmanuel MACRON or various public members of European royal families have contracted the coronavirus may be a limitation for conspiracy super-theorists who might present the contraction of the virus by unconventional leaders as evidence of a vague conspiracy.

But in any case, it is necessary to respect the right of the citizens to have a quality service for their protection, the most judicious reflections in the matter and the effective application of the adapted solutions.

We could also avoid that the need for a solution becomes the solution of the need, which, as a final solution, would take all means to achieve certain goals, which may be good or bad, depending on the point of view and ideology.

Scientific logic, as well as respect for all life, must be respected, so that the two are not perceived as contradictory to each other.

The coming years will be a battle involving reason and doubt, and the world will only succeed when the bulldozers build more truth than pure denial.