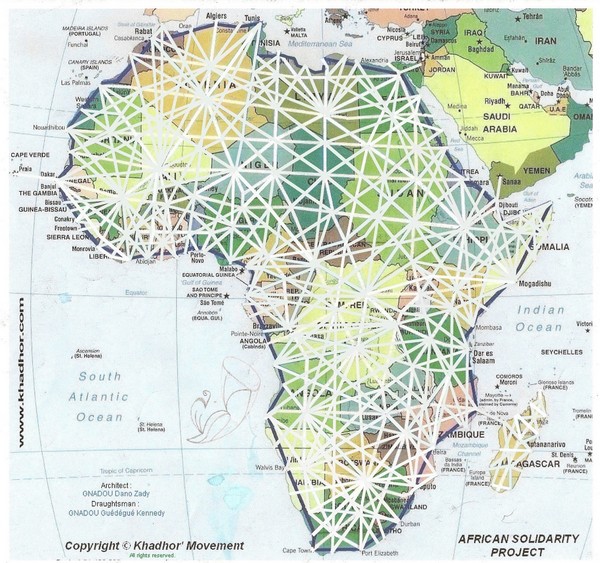 THE TRANSAFRIKHA is a project, an adventure, a goal,

TRANSAFRIKHA is the way, the railway for African and international development.

Do you think it will be easy?

Do you think we could all together handle it?

Deserts, steppes, and lack of infrastructures, the prejudice on the Sahara and Sahel regions of Africa are sometimes exagerrated, often based on perceived facts.

With instability in some countries of the area, with Mali facing a military coup and Chad the assasination of its long-serving head of State the late President Idriss DÉBY, TRANSAFRIKHA could be seen as a train in hell.

What if we say hell is in the eye of the beholder, and that environmental and political datas are the responsability of men and nature? As we, humans are part of both nature and societies, we are responsible for the well-being of both ecosystem and political system.

TRANSAFRIKHA, a bio-development project whose aim is first to put fundamental railways through Africa with the best material and technology at the lowest cost possible, take its missions of entrepreneurship, business, connection and good lifestyle seriously.

We also precize that while we put with our business partners and investors the focus on the desertic parts of our railways , it’s to aknowledge them of the ambitious difficulty of the mega-project. TRANSAFRIKHA is not, as you can see on TRANSAFRIKHA Map, reserved to this iconic area. From forests to plains, from mountains to cities, from savanas to TRANSAFRIKHA mega-stations, our trains will travel and supply a lot, and make you see the wonders of Africa!

Why TRANSAFRIKHA is possible? Because we, managers of the project, will hire the best from all the countries, in terms of construction, engineering, rolling stock, logistics services supplier and communication systems.

Why TRANSAFRIKHA is indispensable? Because it will enhance the presence of railway roads in Africa, from east to west, from north to south, for the benefits of the planet, and global trade.

In effect, railway transportation is the less polluting, and by far, transport mode in comparison with road, maritime and aviation; considering it is weak in Africa, considering several commodities, goods, merchandises are intended to be traded with and from Africa, the financial, environmental and time cost of today global trade is too high, for the peoples and the future generations, without TRANSAFRIKHA.

Thus, TRANSAFRIKHA is a mission.

Would you accept it?

If you do so, the present message will not self-desintegrate.

Hope it will not be the case of the world environment, where freight transportation is so low in Africa, which do not have the railway infrastructure TRANSAFRIKHA propose, that the ships are required to bypass the entire continent, as five centuries before.

TRANSAFRIKHA is the gate for world progress in terms of science, transportation and ecology,

TRANSAFRIKHA is an open platform for building, working, living and trading in Africa, for Africa, for the world.