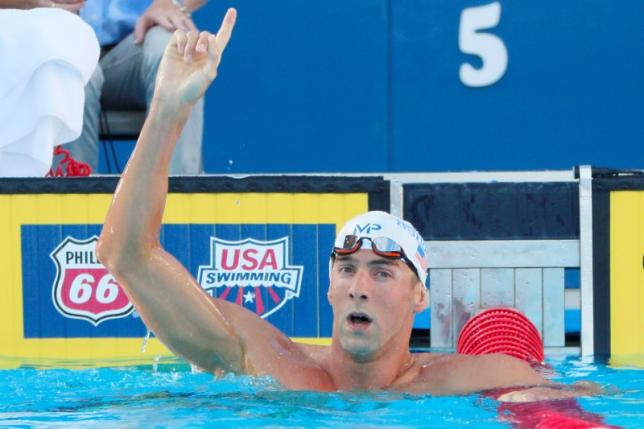 Multiple Olympic champion Michael Phelps sent a message to his fellow competitors by posting the fastest time of the year in the 200 meters butterfly at the U.S. Nationals on Friday.

Phelps, who was barred by U.S. Swimming from competing at the ongoing world championships in Russia after a drink-driving arrest last year, clocked one minute, 52.94 seconds to clinch the U.S. title in San Antonio.

His time on Friday would have won the world title in Kazan. Hungary’s Laszlo Cseh clocked 1:53.48, just ahead of London Olympic champion Chad le Clos, on Wednesday.

Phelps was emotional after his performance, slamming his fists into the water, with the swim indicating how serious he is about adding to his record 18 Olympic gold medals at the Rio Games next year after coming out of retirement in April, 2014.

Phelps vowed earlier in the week that he will not drink alcohol until after the Olympics.