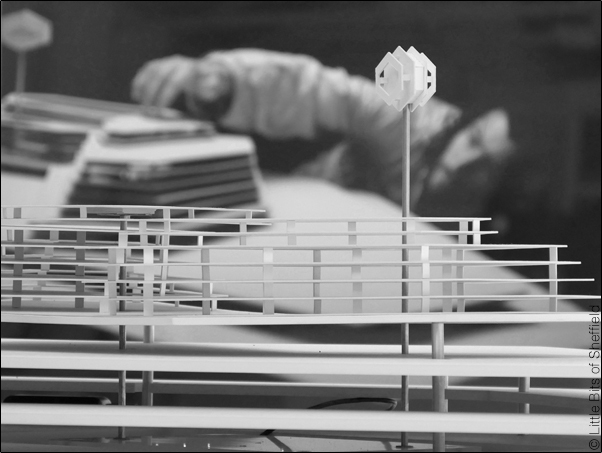 How to write a great rock lyric, according to ALEX TURNER of Arctic Monkeys

As told to LANE BROWN. This article originally appeared in the August 6, 2018, issue of New York Magazine and on Vulture.com.

For the past dozen years, Arctic Monkeys songwriter Alex Turner has reigned as one of pop’s best lyricists, from his band’s early records, on which he sardonically documented after-hours pub life in Sheffield, England, to its new one, Tranquility Base Hotel & Casino, a concept album about a resort on the moon. Backstage before a concert at Forest Hills Stadium last month, he explained how he does it.

“Lyrics usually come to me in the morning, in the first 15 minutes of the day, or when I’m out in the middle of the night,” says Turner. “I carry a notebook, and I’ll write a line down in a bar, then maybe the next day I’ll look at it and think, Ah, that’s interesting, I’ll put this in a song. But other times, it just says ‘John Lennon is a TV chef’ or something.”

“I wrote most of the new album in my house in L.A. in a room where I don’t think anyone can hear me,” says Turner. “I’ve never written a song in the van on the way to someplace. I’ve never written much on the road, and anything I’ve written near a body of water has always been bad as well. Also, I couldn’t tell you how, but when I lived in New York, I think the grid system made me write differently. I had never written above the first floor, and then I wrote [2011’s] Suck It and See in a fifth-floor apartment, and that’s the odd one out among our albums.”

Since Turner’s songs are verbally dense, most assume he writes the lyrics before the music, but that’s not always the case, he says. “For me, it’s the sound of the music I write that leads the way and helps suggest the words. The melody is what makes you commit to saying shit. Some people think that writing words just to fit a melodic idea makes those words meaningless, but I think the opposite is true. There’s a line in Leon Russell’s ‘A Song for You,’ one of the greatest songs of all time: ‘If my words don’t come together / Just listen to the melody for my love’s in there hiding.’ That makes a lot of sense to me.”

4. Stick With It, Even If It Takes a While

According to Turner, the hardest part of songwriting comes after the initial idea, “when the game becomes How do I get myself to see this through to completion?, you have to find ways to trick yourself into focusing and staying with it. I don’t really get the ‘I wrote the whole song on the back of a cigarette packet in 20 minutes’ sort of thing. Some of my early songs were written quickly, but not that quickly.”

“Hearing your lyrics in context helps you commit to them,” says Turner. “I remember when we were kids, I’d get into the rehearsal room [with Arctic Monkeys] and I’d be playing so loud that it gave me confidence to just let it all out. And then only later, I was like, What did I just say? When you’re forced into it by playing together with the band, it’ll lead you down the path.”

If you don’t have a band, try GarageBand. “One trick I used to finish the songs on this new album was starting the recording process at home,” Turner says. “I had a piano, drum kit, and a Vox Continental organ. I used an eight-track recorder, a Tascam 388, and I sat with all my instruments and recorded the songs into the machine. That way, I could hear everything at once, whereas in the past it was all in my imagination until I could play the songs with the band. So it wasn’t just an acoustic guitar and a vocal; there was a sound to it that helped keep me inspired and moving through ideas.”

The sixth song from Tranquility Base Hotel & Casino is “Four Out of Five,” which includes the line “Lunar surface on a Saturday night.” Explains Turner: “The lunar surface is what my friends nicknamed the room in my house in L.A. where I was doing all this writing and recording. I like the idea that records can sometimes feel like places the listener can go and get lost. And a lot of the chords and music in these songs felt lounge-y in a way that just seemed, to me, to fit on the moon. So then I was in outer space, and I just kept going.” The song’s chorus — “Four stars out of five,” which is sung from the perspective of the owner of a moon-based taqueria bragging about his restaurant’s reviews — “is a bit of a pun, with the stars,” says Turner. “I may have gotten a bit carried away there.”

8. But Not Too Carried Away

“My songs tend to have a lot of words, but you have to be careful because you can pack too much into a song,” says Turner. “I had a song that didn’t make this record with lyrics that mentioned both Bing Crosby and Randy Newman. And I just thought, You can’t do that. You can have one or the other. Just fucking calm down! You don’t want to make a song too lumpy.”

“I sometimes use the ‘scrambled eggs’ method,” says Turner, referring to Paul McCartney’s original lyrics for “Yesterday” — “Scrambled eggs / Oh my baby how I love your legs” — i.e., improvised nonsense words that were swapped out later. On Tranquility Base, the first verse of “Four Out of Five” begins, “Advertise in imaginative ways / Start your free trial today / Come on in, the water’s lovely / Look, you could meet someone you like / During the meteor strike / It is that easy.” “Originally,” says Turner, “the words were ‘Karaoke and raspberry beret, in imaginative ways, and I get signed right then and there by a hotshot executive / I wasn’t expecting it that easy.’ ” Also, he’d intended to replace the first lyric on the album — “I just wanted to be one of the Strokes / Now look at the mess you made me make” — “but then I realized that it was the truth and that that line was probably right where it needs to be. And there was probably a bit of, like, ‘Oh, you daren’t leave that there.’ So I just left it.”

10. Give Yourself a Deadline

“I would keep adding or changing words forever if somebody didn’t stop me, and that only seems to be getting worse as time goes on,” says Turner. “I trust our producer, James Ford, to tell me when I’m not making things better anymore. In the studio, I do like to work on lyrics right up until the last possible minute. And while I’m doing that, the band is always messing about, changing all my lyrics to make them into, like, Christmas tunes. I haven’t even recorded the songs yet and they’ve already changed the words to something funny.”

11.Sometimes Let the Lyrics Write Themselves

At most shows on their current tour, Arctic Monkeys have been performing “Cornerstone,” a song from their 2009 album Humbug in which Turner’s narrator searches a series of pubs for his former lover but finds only look-alikes; three of the four verses end in disaster when he asks his ex’s doppelgängers, “Can I call you her name?” “That song has a neat and tidy story,” says Turner. “I was listening to a lot of country music when I wrote it, and it had that formula where the verses always end the same way. That happens a lot in Patsy Cline tunes. I started with the line ‘I smelt your scent on the sseatbelt’ In reality, I was sitting in the back of a taxi and I got this scent in my nostrils of whomever I was longing for. I may have also had the names of the pubs in mind. Not to sound like a wanker, but with that song, I had an idea and it wrote itself. I’m not sure how I ended up with the girl’s sister in the last verse, though. When I was in school, I think I probably fancied my girlfriend’s sister or something.”Header image courtesy of the BBC