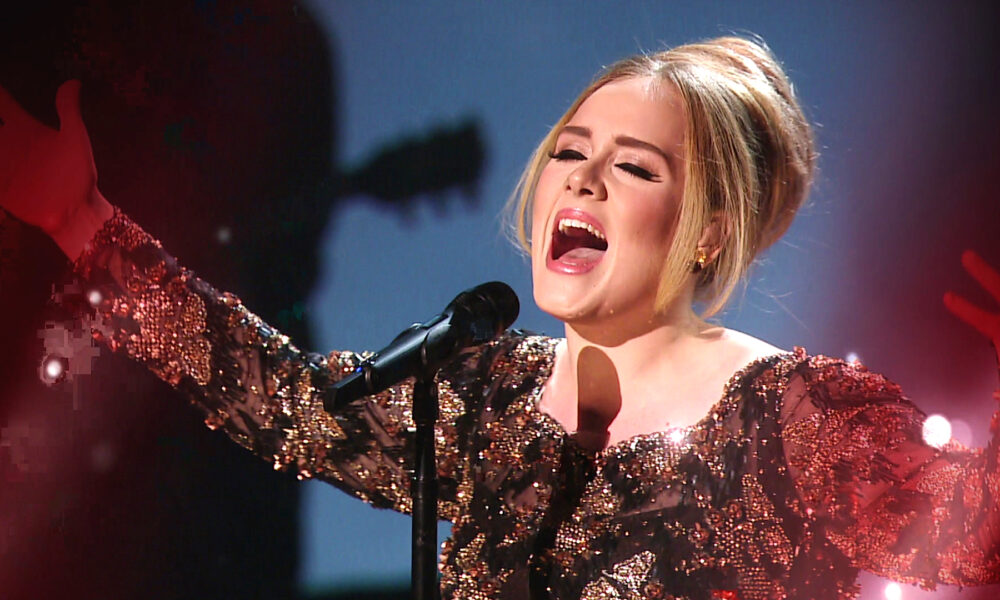 Didn’t you remark something ?

In today, TV music competitions, a majority of people doesn’t sing anymore, they scream. Beautifully, but they scream. Or at least, show the power, and highness of their voices.

It is a fact. We are in opera now, but with no theatrical or symbolic content, outside the vocal performance ; of course, that is the purpose of such competitions.

But I’m asking to myself ; why this shared use of explosive voices ?

Can we say it’s a sign of people fire that burn inside, their wished to express themselves, including in the disadvantage of their own singularity and subtility ?

It’s a competition, and its seems like everybody screams as if the one who will be the most eared will be the winner : So let it’s scream !

Of course, I know, content in the music industry influence candidates choices of songs and performances. So it’s natural to say that Adele sucess make the level of voices growth and strenghtened.

Don’t you remember the era where it was a necessary rite to sing « Skyfall » in these competitions ?

Uncommon and researched voices become examples, followed by talent, admiration and passion, and everything else.

Thus the artists of the kind of Whitney Houston, Mariah Carey, Amy Winehouse or Adele will always in contemporary music draw much more surprise, curiosity, and cult, than the average music industry.

So in TV music contests, it is the nec plus ultra to sing as Houston, Carey, Winehouse, or Adele. And as everybody is doing it, doing it more than the others.

I would not by the way say that what distinguish the powerful singers we’ve cited it’s to simply scream, or demonstrate recognized vocal power.

It’s their ability to master and modulate this that impress and conquer the most.

But here is our chance : there are vocal coaches, often famous singers, to teach the contenders or to do so.

So the question of the sonor ruthlessness or brutal first impression of diva-like singers is almost solved.

Nevertheless, I would like to go deeper in the question, and go to its source. The new contenders life, dream, motivation and state of mind. I want even to touch the quality of their soul, as remarkable identity.

What is the motor that make them literally explose in front of studio and TV audiences ?

We’ve said that they is too much look-alike of the determined models of the powerful voices carried amateur musician ?

Moreover, the « concurrence » can not only be the reason of their own being and doing.

It is first where they want to go and what they want to be which determined dreamers’s being and doing, more than theirselves.

This axiom is true in case of TV contest, and for any project.

Dreamers are defined by their dreams more than their self, without dream, no dreamers, but whitout their self, it would be possible to their dream to exist, as it is unmaterial and kind of floating in the air, in reserch of a heart, a mind, a soul to merge with.

The question is, what is the dream of the musician contenders we are talking about ?

They want to become their models, to express themselves, to sometimes free themselves from their diverse straitjackets . . . the implication and energy they put in it in are the signs of the pression of their straitjackets, the silence and marginalization they want to break, and the distance of the models they wants to reach.

Does it is their models too far away, or too close ?

Difficult too say ; in a way nowadays stars are more common, they are more like « one of us », we know their lives through medias and their tend to break the fourth wall by communication, and vulgariation of their talent and charisma.

But distinguished artists, while not being mysanthropic, preserve a kind of privacy, a sense of mystery and then a sentiment of unknown that keep them from being the thing of eveyone, so not owner and manager of themselves.

While we’re in a society of sharing where everyone belongs to everyone, while we can say that audience is owner of the image of the people they see while these seen peoples are just managers of their own images, we can say that beauty and example is sharable but talent and passion, the motor of all of this, less easily.

It is why if beauty and example are valued values, it is not what is first shown by TV musician contenders, but rather the talent and the passion they put in their art.

Does it have a difference between beauty and talent ? What separate the example and the passion, and what is the link between ?

And this is all the contradiction of music contests, and of all contest in general, which must encourage the combination of an artistic mastery and of the artistic quality of the result, but not one or the other.

The misunderstanding of selection is that the strict imitation of an example, by passion, sometimes tend to kill what make the true charm of work : its own reason not justified by anything else than itself.

Then it become a strict limitation.

What is the reason of production, art and work ?

Result creation, beauty and gain are their own causes, and are made to be their own consequences. By this way, as we know that what is justified by itself, or what is cause and consequence of itself, is a true principle, then could the Trinity of Result-Beauty-Gain be a true principle, to which all lives, expectations and acts should be directed ?

The response to this question is not simple, as the definition of what is created, what is beauty, and what is gain, are under constant (trans)formation.

Could it be dangerous for this trinity that it would also be a sign of its never achieving evolution, so a sign of its pursued live?

And is it not the nature of making of art to search something that is itself in always moving?

Notes : the title in one word choosed for this work make me discover this video which share almost the same title than ours but in two words, and display a contest, exactly what we’re talking about here.

You were singing, I’m very comfortable with that. Well, dance now!