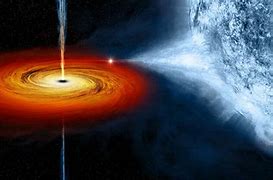 I prefer to think President Emmanuel Macron is not at all « mad » as some english-speaking journalists can publicly say: I hope all of Macron anti-Covid policy is pure drama and acting, where he play the role of Good and Evil, with the carrot and stick. He must love that!

I believe Macron just want to proove to the world, by revenge or challenge, that he can be not just a young head of State in office -all his life he wanted to be among the mature and executive persons, even long years before now- but the Alpha and Omega Man, the Supreme One who decide your life, the Very High who have right of life and death upon nearly 70 million of human beings and destinies. This is why he clearly seduce and then outclass all his peers and even his mentors… and even the French Nation?

French President Macron, if he didn’t went mad just want all the French People to be mad about him. We will not say he’s narcissic; he just want to be the gravity center of all thoughts, actions and desires in France.
Is Macron in the way of become God of France? Is Macron, the new French Übermensch, which knowing that he do not have any political base, intentionnally create chaos to then cut the troubles, with staged appeasement or decisive (ab)use of public forces, and then appear like the ultimate order, omniscient and omnipotent protector of law, wealth and health, peace and reason?

Is the Macron-ploted vaccine crisis the lone mean for him to be reelected in April 2022?

Wait and see the upcoming contrasted (by Himself) reign of Macron, Magnus Dei !

Tell me a lie, In a beautiful way, I believe in answers, Just not today.